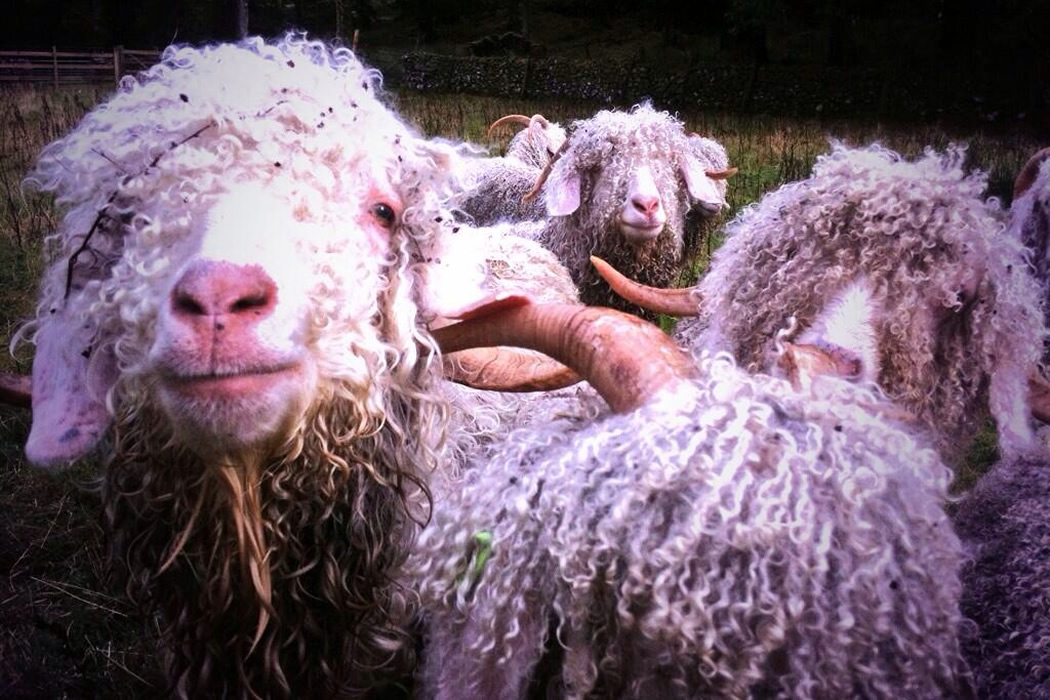 The angora goat is an ancient breed, with records of the use of goat hair for clothing found as early as the 14th century BC. Many hundreds of years after that, in the 13th century AD, there is a record of goats trekked thousands of miles to Ankara by Suleiman Shah, when fleeing Ghengis Khan. In 1550 a Dutchman discovered the goats, which became known as angora goats (angora being a corruption of the word Ankara) and began to generate a demand for their fleece. In 1554 a pair of angora goats was presented to the Pope in Rome.

Mohair, the name given to the fleece of angora goats, is derived from the Arabic word Mukhaya meaning “cloth of bright lustrous goat hair”. The Sultan of Turkey placed a ban on the export of both raw fleece and goats, and for several centuries they remained incarcerated in Turkey.

Eventually, in the mid-19th century, small numbers of angora goats were exported from Turkey to South Africa and, a little later, to Texas and New Zealand. These animals formed the foundations of the modern national herds in those countries, both by pure breeding and crossing with the indigenous feral goats. Today, these countries are the biggest producers of angora goats and mohair in the world.

Apart from a few animals presented to Queen Victoria which did not survive, the angora goat did not reach the UK until 1981. The original imports were from Australasia, then a few years later Texan bloodlines were introduced via Canada. Subsequently, some South African bloodlines have been imported from Spain and France. The fleece properties of the mohair from these three main sources are quite characteristic and are being modified further by inter-breeding in this country and the influence of its very different geology and climate.