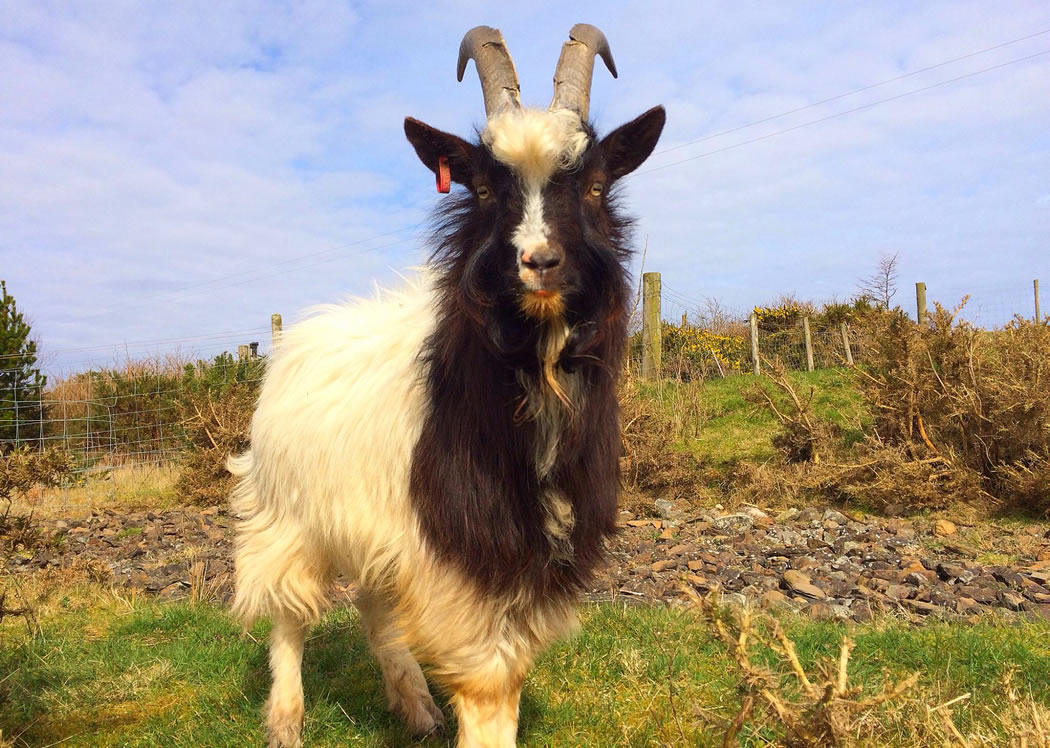 Bagot goats are classified as 'Vulnerable' by the Rare Breed Survival Trust which means there are now an estimated 200 - 300 breeding females in United Kingdom, a figure that has increased slightly due to conservation methods like ours.

The Bagot is an ancient breed believed to have existed prior to 1387. The first recorded Bagot goat being given at this time to Sir John Bagot of Blithfield Hall, Admaston, Staffordshire, England by King Richard II, in recognition of good hunting in Bagots Park, following his return from the crusades.

The Goat takes its name from its keeper Sir John Bagot. For much of the time since the 14th century these goats have run semi wild around Bagots park, which is part of the wider Blithfield hall estate.

Bagot goats have since been distributed all across Great Britain from Welsh mountains to lowland farms and conservation centres.

Numbers for the Bagot goat breed have suffered because Bagot goats do not excel as dairy or meat goats. While Bagot goats can be used for meat, other breeds (e.g., La Mancha and Nubian) are much larger and provide higher monetary returns. Likewise, the Bagot goat does not produce as much milk as the high producing dairy goat breeds (e.g., Alpine and Toggenburg). The Bagot goat has a nervous temperament, so it cannot be used as a harness goat. This characteristic also interferes with using it as a milking goat.

Despite the breeds limited milk production, it remains hardy with a nervous disposition and suited to a low maintenance diet.

Both males and females are horned.

Bagot breeders and enthusiasts concede that the Bagot breed has little agricultural use, apart however, they do make excellent conservation grazers but breeders enjoy Bagot goats for their beauty and rarity.