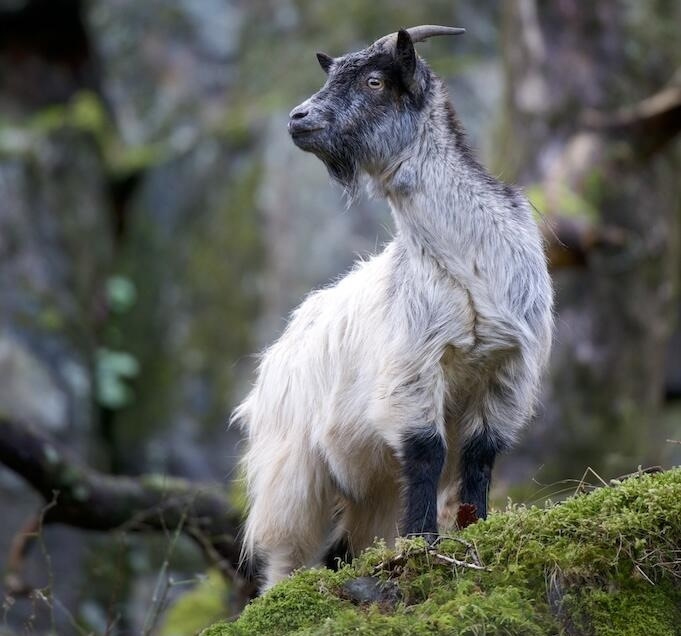 The British Primitive Goat encompasses what has previously been known as known as the Old English/Scottish/Welsh/Irish, British Landrace or Old British Goat.

The breed descends from the goats introduced by the first farmers in the Neolithic period. It was this little, hairy all-weather goat that was moved aroundthe periphery of Europe by the Celts, Vikings and Saxons. it sustained the people of the bronze and iron ages alongside a few cattle and sheep.

Kept as a multi-purpose animal by subsistence farmers, and having to find most of its living in a harsh climate, these early imports soon developed into a hardy all-weather breed that reared its kids, gave some milk, and then went on to be invaluable for its meat, skins, hair and tallow.

It commended itself as being hardy and self sufficient on marginal land, almost predator proof, uncomplaining when neglected, versatile and able to convert nutritionally poor herbage into a meagre return for its owners.

Our British Primitive Goats are now one of our rarer breeds. Here we use the as part of our Conservation Grazing, and for scrub clearance.